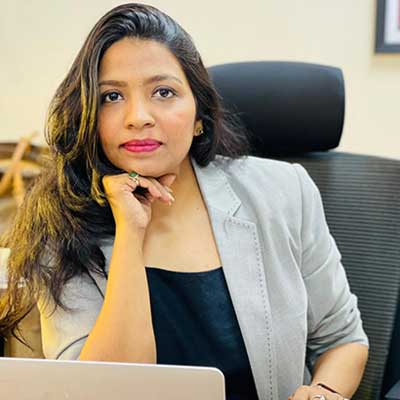 Gender equality is a fundamental human right. It is of utmost importance in order to boost economic growth. There has been no better time than to ensure women’s economic empowerment than today when we are amidst a global pandemic. To a lot of people, it is quite clear that women and men should be remunerated equally for doing the same work. But unfortunately, it is 2021 still this practice is not followed in many nations. Even though we’ve made advancements in the wage gap, there is still a gap that needs to be bridged-in.

Income inequality is an outcome of many reasons, including access to education, race and ethnicity, disability, and age. Therefore, various groups of women experience barriers to equality in acquired income. All these factors lead women to walk behind men when it comes to their earnings over time.

The long road to pay parity

Those seeking a moderate income index often recommend that women who work hard enough and reach the peak of their field will see the full fruits of their labour. In reality, though, the gender compensation shortcomings are wider for those with higher pays. As per the International Labour Organization’s Global Wage Report for the year 2018/2019, women continued to be paid 20% less than men.

Gender inequality is a complex issue that comes under Code of Wages, 2019. This law is a codification of laws that ensures equal pay for equal work is given to LGBTIQ category as well. It is the first of the four labour codes which consolidates and codifies previous wage regulations under one act viz. Equal Remuneration Act, 1976, Minimum Wages Act, 1948, Payment of Wages Act, 1936, and Payment of Bonus Act, 1965. However, since these are inserted in Directive Principles of State Policy, they are not legally enforceable but act as guiding principles for State Governments in legislating laws that act as an enabler to bring us closer to a utopian society.

What next? Actions to deal with Pay Parities

The massive gender gap is a pervasive concern in the worldwide workforce that disturbs women all through their careers. This contains actions that promote bringing gender rights under the umbrella of legal, effective safety and empowering them to better protect their benefits. Whether you are a corporate head or a worker and irrespective of your gender, here are some practical ways to deal with pay parities at the workplace.

Laws can make a huge change in eliminating the gender pay gap. The way to close the pay parities is largely dependent upon bringing legislation and therefore, legal reforms which will then ensure improvement in women’s opportunities and outcomes.

It is not easy to fight the inequality in remuneration without having an idea about the proper numbers. Some organizations tend to keep their workers’ wages private, so it is tough to tell whether the inequality in wages still exits.

One of the important ways is most definitely legislation which are forward-looking and which are enablers. Legislation that works towards more pay transparency in organizations, mostly aims to bring gender neutrality as an aligned practice so that it can be brought into the workplace.

There is a huge pay disparity amongst organized and unorganized sectors. The income inequality gap is a major drawback in sabotaging women’s candidature —and is responsible for pushing women down through the board. Thoughtful
efforts to bridge the gender inequality issues should not shift the paradigm for women to excel. Rather, these efforts should inspect where our economy deals with uneven opportunities for women at every point of their education, training, and career selections.

Pallavi Pratap is an emerging talented jurist designated as an Advocate-on-record, Supreme Court of India. She is also one of the few eminent women lawyers in India who runs her own law firm as Managing Partner of Pratap & Co. Her company’s virtuous path is a specimen of her own thinking pattern, which is to provide cost-effective, litigation dispute resolution in well-established timelines.