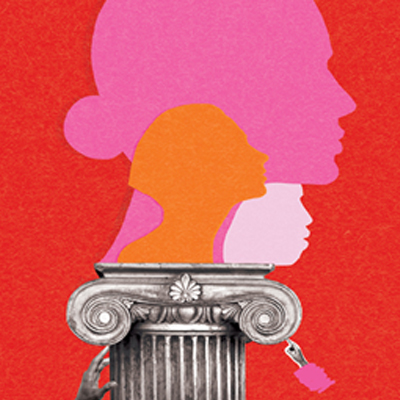 However sheltered, progressive, or liberal our upbringing was, women couldn’t have avoided the jokes — those that presumed women were bad drivers, temperamental and moody colleagues, or bothersome bosses that should never have ‘left the kitchen’. These jokes and comments created a poisonous atmosphere at offices across the globe, often brought up in water-cooler conversations after a pseudo-apologetic “Don’t mind, but …” or something similar.

Today, the changing Indian corporate scenario has helped bring more and more women in prominent leadership roles. Their big gains and contributions to entrepreneurship and job growth have paved the path for thousands of other motivated women and challenged the ‘boys’ club’ approach of conducting business in India and abroad.

Most remarkably, women have made inroads into careers and professions traditionally dominated by men. Women employees aren’t just secretaries, HR personnel, or pushed into support functions anymore. Women have struggled with and have overcome far greater obstacles to rise into the boardrooms and CEO positions of large corporations and successful Start-ups. Every prominent woman business leader is helping younger women nurture their dreams to grow up into whomsoever they want to be.

Companies are valuing what working women are bringing to the workplace –

The business case for why there should be more women in the workforce is a settled issue. Economists at S&P Global have found that if women stayed in the workforce at the same rate that women in Norway do, the US economy would be $1.6 trillion larger – an increase of 5-10 percent on their nominal GDP growth rate. For India, sources estimate that an equal number of men and women in the workplace would lead to an incredible Rs.47,00,000 crores increase in the country’s GDP.

At the company level, workplaces with greater diversity have been found to be more innovative and tend to grow better, while retaining top talent. McKinsey’s research has found that companies with greater gender diversity have 15 percent better financial returns than their respective national industry medians. This has caused companies to introspect, attempting to find ways to encourage women to join the workforce.

Trends surrounding women at the workplace-

Women don’t have to change themselves to lead.

Women political leaders of the past – Margaret Thatcher, Indira Gandhi, Golda Meir – have often been celebrated for their ‘masculine’ traits. Research has shown that women leaders in business have felt the same impulse that likely drove these trailblazing women leaders – the need to behave like men to get ahead of their competition. This shouldn’t be too surprising, especially since research conducted just last year showed that outspoken women are ignored at work, while their outspoken male counterparts are often recognised and promoted. This inequality of opportunity and valuing of traits is steadily being countered; however, the steady rise of women at the workplace in management positions has led US employees to, for the first time, claim no preference for their boss’ gender.

Companies are aggressively looking to increase their diversity and create more welcoming environments for women.

From 2004 to 2013, a series of studies undertaken by Catalyst – a global non-profit – established that having more women in the board helped drive 42 percent higher returns on sales, and a 66 percent more successful conversion of invest capital into profit. This has led to a company commitment to gender diversity to hit an all-time high, and driven companies to enact substantially more women-friendly policies. The #MeToo movement has also helped women feel more empowered to stand up against disgusting exercises of male power on women employees, creating a more welcoming environment. Companies are today more responsive, more sensitive, and finally aware that their women employees have every right to demand better systems to prevent such behaviour. Further, this has led to several companies offer better support to women going on maternal leave, provide better crèche support, and create more flexible timings and systems. This has helped women advance faster in the workplace, since they no longer need to make sacrifices or compromise their personal or family lives.

Women are being treated as an important consumer group.

Companies are trying harder than ever before to market to women consumers, especially the millennial women. Older millennial women are already the newest generation of mothers, with the eldest women in this age group now 37 years old. They are hitting their professional stride and have disposable incomes.

They are also more aware, have access to greater consumer information, and are more data-driven than ever before. Companies looking to sell their products and services to these women have often found themselves unable to crack this precious demographic. Women also tend to be better influencers in their peer group, sharing their commercial experiences with their friends and families. This means that a negative customer experience for one woman would lead to an avalanche of lost business and opportunities. Women are better at selling to women than men, better able to understand and appreciate their point of view than men.

Mobile communication devices like cellphones, laptops, and such are helping people work from wherever they are, meaning that they are no longer physically restrained to be inside the office to work. Working from home is an accessible option for women from all walks of life. These devices also help mothers stay in touch with and monitor near-and-dear ones, when required. There are already products in the market that help women monitor and track little children from wherever they are, helping them find the peace and focus they do their job well. A combination of IoT, telematics, AR, and VR could help working women balance their work and life more capably.