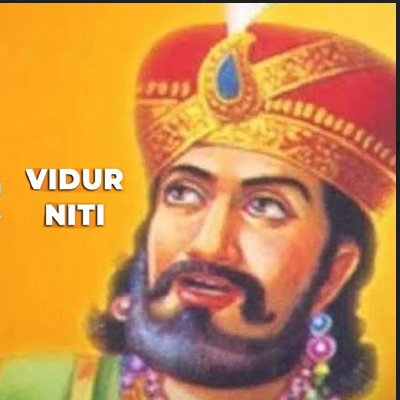 Rishi Ved Vyasa’s version of the Ramayana appears in the Vana Parva or Forest Section of the Mahabharata, which is the longest section of ‘the world’s longest epic’.

But the Vana Parva is one of the most popular passages in Indian literature, describing the twelve years (12) that the Pandavas spend in the forest and their many adventures there.

One time, Draupadi is kidnapped by Jayadratha and rescued by Bhima and Arjuna. Upon this, Yudhishthira sadly wonders if any man was ever made to suffer as he is suffering. That’s when he is told the story of how Ram was deprived of his kingdom, after which his wife Sita was kidnapped by Ravana (Ramayana).

The Five Gems in Mahabharata are greatly prized because they are mini-compendiums of spiritual teachings. “Vidur Niti” is one of the 5 gems. It is the conversation between wise Vidura and King Dhritarashtra about best practices in managing worldly affairs and preparing for the afterlife.

Mahabharata offers valuable lessons in International Diplomacy as well as in management of Public Finance. In today’s modern management where ethical judgement and importance of recognizing the ethical dimensions is talked about, Mahabharata gives excellent analogies to identify the ethical boundaries.

Vidura explains Codes of Conduct and how one should act in different situations. His teachings were aimed at kings, ordinary citizens as well as at ascetics in a kingdom, however in today’s times, they are equally applicable to Managers & Leaders in organisations.

Qualities of the Successful Leader –

Ø Ancient Indian thinkers gave a lot of importance to leaders and leadership. A bad leader means not merely a single bad person, but a bad fate for many.
In “Vidura Niti: A king’s basic duties are :
Ø A king should wish for the prosperity of all and should never set his heart on the misery of his subjects.
Ø A king should look after people who have fallen into adversity and who are in distress.
Ø A king should show kindness to all creatures.
Ø A king should never impede the growth and development of agriculture and economic activity in his kingdom.
Ø A king should always do that which is for the good of all creatures.
Ø A king should always be ready to protect those dependent on him.
Ø A virtuous king is never indifferent to even the minutest suffering of his subjects.
Ø A virtuous king enlists the confidence of his devoted subordinates by zealously looking after their welfare.
Ø A king who renounces lust and anger, who bestows wealth upon proper recipients, and who is discriminative, learned, and active is regarded as an authority by all men.
Ø A king who desires the highest success in all matters connected with worldly profit should from the very beginning, practice virtue. Prosperity takes its birth in good deeds.

What a King (Leader) Must Avoid –

Vidura, the learned minister of king Dhritarashtra, has explained the most important qualities a leadership and administration. Vidura prescribes the following values for a ruler to be a perfect leader: simplicity, purity, contentment, truthfulness, self-restraint, patience, honesty, charity, steadiness, humility, faith, exertion, forbearance, sweetness in speech and good company.