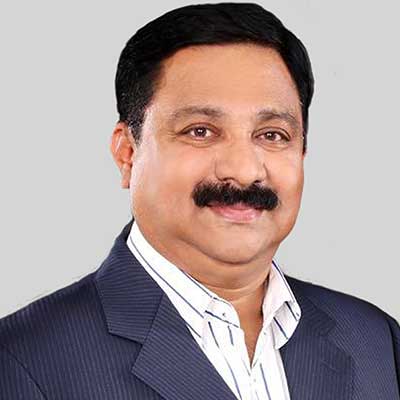 The second wave of COVID-19 has affected the job market in some sectors in India, from small businesses including micro and medium to large enterprises are laying off more employees as demand and sales have dropped due to the localized state lockdowns. Since the outbreak of the second wave, the states have been imposing strict restrictions and lockdowns to overcome the pandemic, most parts of the country are under some form of lockdown which resulted in a drop in both rural and urban employment which resulted in drops in employment rates both in the rural and urban sectors.

One of the most worrisome issues that cropped up during the second wave of COVID 19 is the rise in urban unemployment, which has touched closer to 10 percent. The current wave of job losses has caused an impact on the informal and gig economy workers as well.

Impact of the second wave of COVID-19 on various sectors

In January 2021, the hiring was 400.7 million in various sectors and this came down to 390 million in April 2021 with a job loss of about 10 million. The pandemic has frozen increments in some sectors instead of freezing salaries. Over the last few months, the manufacturing sector has seen a 25%-30% dip in manpower on the account of the second wave of COVID19 According to CMIE, around 8.6 Million people were left unemployed in the last three months from February to April 2021. The sectors that laid-off employees are majorly from travel-hospitality, tourism, retail, and manufacturing. The sectors such as IT, pharma, healthcare, and e-commerce are emerging as saviors in these troubled times as they are all set to pace up the hiring in the next few months.

Sectors such as aviation and tourism are said to face the highest occurrences of suffering and delay of profit margins. While restaurant services are set to be under pressure to overcome the losses incurred due to the recurrence of the second wave of the COVID 19 pandemic. In the case of the manufacturing sector, supply chain disruptions have been impacted due to the ongoing stand-off trade relations with China who is the major source of raw material and electronic parts supplier to India. Approximately 55% of electronics imported by India are
originally from China and these imports have dropped to 40% which has impacted the job market in India.

The surge in hiring in various sectors

While there is so much happening and as the States gear up for an unlocking, IT pharma and e-commerce have contradicted the trend of job losses and emerged as the top hirers between February and April 2021.

The IT industry has witnessed a surge of more than 100% in demand growth for skilled technical job roles such as sales developer, application developer, site reliability engineer, and lead consultant. These specialized roles are expected to see a 30%-50% increase in the demand for wages in the IT sector.

There is a demand for medicine considering the current situation around the world because of which the pharma sector is hiring. About 30% of the staff would be placed under the hybrid model, while around 40% would stick to the traditional work from office model to execute strategic processes. Job creation majorly took place in the healthcare sector with over three lakh jobs were created in this sector. The Government also has enhanced the hiring process by employing medical and nursing students who are yet to pass out their qualifying exams. This will
also help in bridging the gap between demand and supply.

The vaccination drive will lead the country towards a growth in the GDP and an uptick in the recovery of the Indian economy. The second quarter of 2021, is expected to witness a slight overall uptick whereas the third quarter driven by the festive season is expected to see a better momentum to hiring in India. In sectors like e-commerce, the companies are hiring in thousands. Due to the closure of markets, home delivery of food and grocery have picked up in the last few months and this has also increased the demand for jobs in the warehouse. Along with this around 75,000 temporary jobs are available that are led by sectors such as retail, IT, and financial services.

The pandemic has caused a lot of damage to the Indian economy and the job market, while millions of jobs have been lost. It is important for hiring organizations, the government, and skilling institutions to re-channel the workforce. It is also important to provide people with the additional future-proof skill sets that are in demand by industries and offering better opportunities and jobs.