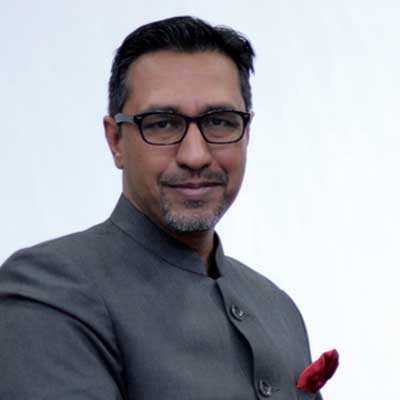 Any person that grew up and studied in India has learned in various academic and non-academic settings that Indians were very benign with their enemies. Specifically, Prithviraj Chauhan, Bappa Rawal, Raja Ratan Singh, among others allowing enemies to flee and then suffering as they all attacked India again. Later, Prime Minister Jawaharlal Nehru called for ceasefire even when the Indian army was thrashing the Pakistani army in Kashmir in 1948. Then again, India agreed to a ceasefire when the Indian army had already occupied the village Burki in Lahore District and hours away from capturing the centre of Lahore city. India trusted Pakistan by returning all the territorial gains made by it in 1965, 1971, and 1998 wars and is now suffering as these end up being the areas from where Pakistan can re-launch attacks on India. Does this imply that Indians lack killer instinct? Before we get into this specific question, we must ask whether humans are innately aggressive or innately cooperative? In the 1960s, bestselling books enthralled American readers with the startling claim that humans are predisposed with an instinct for violence inherited from primate ancestors. Critics of this contention countered that humans were characteristically caring and benevolent. The subsequent debate—aggressively contested and highly public—left a durable imprint on the current scientific discourse surrounding what it implies to be human.

Several prominent researchers such as Konrad Lorenz and Nadine Wiedman have contended that human evolutionary progress was due to the instinctive aggressive nature of our species. Their message, spread throughout popular media, brought pointed ripostes. This view was countered by Ashley Montagu and EO Wilson, who argued based on biological evidence, that humans possessed natural motivations toward care and cooperation. Over the course of the debate, the larger contention emerged that there is no clear answer to the interpreting roots of behaviour and whether it is determined wholly by genes or made merely by environment. In the last several decades, polemics govern discussions of the science of human nature and no substantive progress has been made in terms of interpretation on the roots of human behaviour.

Consequently, may the answers lie in another domain? The answers probably are in theology. Hindu religion continues to emphasize through its various texts, rituals, and scriptures that humans should strive for fulfilment of each individual’s inborn potential. More specifically, the Bhagavad-gita (16.3) says “tejeh kṣhamā dhṛrtiḥ śoucamadroho nāatimāaniitā bhawanti sampadaṃ daivīmaabhejātasyaa bhārata” Which translates to “vigour, forgiveness, fortitude, purity, absence of hatred, absence of pride — these belong to the one born for the Divine Estate.” In other words, “Bhagwad Gita declares forgiveness to be a godly quality foundational for liberation and is contrasted with the anger and harshness that characterize the ungodly who stay in bondage. Forgiveness is fundamentally a moral relation between self and others.” Guru Granth Sahib too highlights the importance of forgiveness by conveying “Where there is forgiveness, there is God”. And also, conveying that “whoever overpowers the five sense organs, is blessed with forgiveness, patience, and contentment, through the Guru’s Teachings.” Therefore, one can conclude that people of India were highly evolved and valued things of high order and not just immediate material gains and conquests of land. More simplistically put, people of India fought for victory but always dwelled on the concept of “victory at what cost”.

Over thousands of years of knowledge development, the oldest scriptures of Sanatan Dharma were interpreted and practices were evolved to seek more of a refined view of life that saw highest virtue in Ahimsa (non-violence), Satyavacanam (truthfulness), Ārjavam (sincerity), Daanam (charity), and Tapo (penance/meditation). Particularly, post the battle of Kalinga and Asoka’s heightened emphasis on ahimsa, India and Indians’ purpose of life became largely centred on higher order spiritual pursuits than simple material acquisitions. Human endeavour was not centred on acquisitiveness but on growth of human mind, human imagination, and human capabilities. However, the invaders of India, starting from about 700 AD, did not place much value on these higher order quests but kept codes of conduct that were simple but resulted in no real development of mind or knowledge. For instance, the Mongol Yassa provides codes of conduct for even washing clothes during thunder. The brute force of invaders and highest level of viciousness was unknown to India and Indians for several hundred years post Asoka’s reign. The same was witnessed and stated by Shri Guru Nanak who describes in his writings how our priceless nation was defiled, vandalized, and brutalized by Babur. Overall, the nation had not seen such ruthlessness and crudeness in centuries.

Therefore, for the nation to progress and repel those who threatened our nation we must concomitantly introspect that it is not just forgiveness that is emphasized in Bhagwat Gita but Bhagwat Gita also emphasizes preparedness to fight. More specifically, the shlok “hato wa raapsyasi swargam jeetva va bhogshyase mahim tasmad uttishthaa kauntiya yuddhaya krita-nishchayaah” translates to “if you fight, you will either be slain on the battlefield and go to the celestial abodes, or you will gain victory and enjoy the kingdom on earth, therefore Arjuna! Go ahead and fight”. Similarly, Guru Gobind Singh too conveys at the end of Chandi Charitar, he is prepared to sacrifice his life for a just cause in the battlefield. In other words, traditional Indian society emphasized the need for killer instinct for pursuing just causes.

Therefore, folklores, legends, stories, and books emphasized the importance of seeing the best in people. Therefore, suggested to forgive those who erred, offered opportunities for penance, and sought higher order spiritual wisdom but they did not emphasize enough on the other aspects of the great Indian traditions and theology which demanded that one has to battle and offer supreme sacrifice to preserve peace and prosperity of our values, our society, and our precious nation. In recent times, the window of our traditional knowledge, texts, and traditions has been opened to the vast majority through internet resources available on mobile communication and computing devices. This window is now allowing the citizens of our great nation to appreciate the importance of killer instinct and its traditional roots.