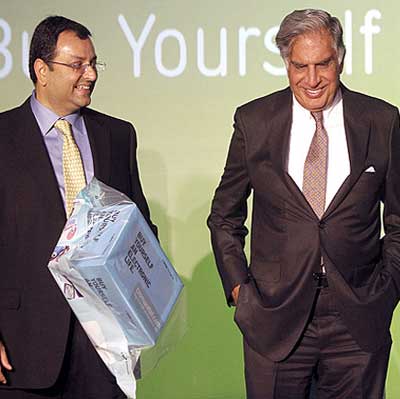 It seems, Cyrus Mistry is not keen to take up any board position in Tata group even though he was reinstated by the National Company Law Appellate Tribunal (NCLAT) as the chairman of Tata Sons and three other group companies a week ago, said a news report.

Mistry, who was removed by the Tata Sons board in October 2016 in a controversial manner, is more interested in keeping a supervisory role without being the part of operations at the Tata group

Mistry, who has only five months left of his tenure as chairman of Tata Sons, is expected to appoint nominee directors who would ensure best practices of corporate governance at Tata group companies, the report said quoting people in the know of the matter.

On Monday, the Registrar of Companies (RoC) under the Corporate Affairs Ministry moved the NCLAT seeking to implead it as a party in the dispute between the two and sought certain modification in the order passed by the tribunal last week.

The RoC sought deletion of the words “illegal” and “with the help of the RoC” used by the NCLAT in its last week order, reinstating Mistry as the executive chairman of the $110-billion Tata group.

The tribunal had termed the appointment of N Chandrasekaran, as ‘illegal’ following the October 2016 sacking of Mistry as Tata Sons’ executive chairman. It had also directed the RoC to reverse Tata Sons’ status from a ‘private company’ to a ‘public company’.

According to the officials from the Ministry of Corporate Affairs, the application filed by RoC Mumbai has been admitted by the NCLAT and is expected to be listed on 2 January 2020 for hearing, the first day when the quasi-judicial body opens after winter vacation.

On 18 December, the NCLAT had ordered the restoration of Mistry back as the executive chairman of Tata Sons.

Mistry, whose family owns 18.4 percent stake in Tata Sons, challenged his removal in the National Company Law Tribunal (NCLT). The case of oppression and mismanagement against Tata Sons and 20 others, including Ratan Tata, filed by Mistry family entities – Cyrus Investments and Sterling Investments – were however in March 2017 dismissed by the NCLT ruling that they were not eligible to pursue the allegations.

Last week, the NCLAT quashed the conversion of Tata Sons €” the principal holding company and promoter of Tata firms €” into a private company from a public firm, terming it “illegal”.

The NCLAT in its order said the action taken by the RoC to allow the firm to become a private company was against the provisions the Companies Act, 2013 and ‘prejudicial’ and ‘oppressive’ to the minority members and depositors’.