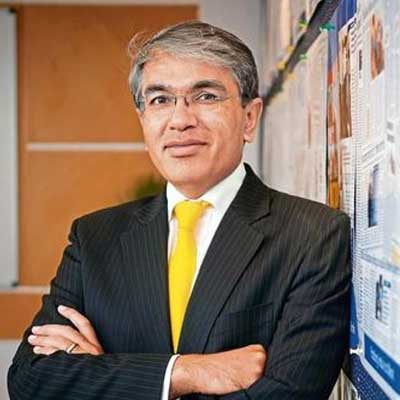 As 2020–a year that once seemed futuristic–draws to a close, Mint invites thought leaders, entrepreneurs and heads of corporates to share their vision for the next decade. Manish Sabharwal, chairman and co-founder, TeamLease Services, discusses five ways India can create more formal jobs with Nidheesh M.K., and says labour law, human capital and government reforms are essential

Countries don’t take jobs to people but people to jobs. We must stop defining urbanization as shoving people into the cities, and reboot towns in terms of economy, infrastructure and educationally. Chief ministers matter more than one prime minister for job creation so we must devolve funds, functions and functionaries from Delhi. And 200 mayors matter more 29 chief ministers, so we must reboot urban governance.

Only 1 million of 63 million enterprises pay social security; 19,500 firms have paid-up capital of Rs10 crore. Capital has been handicapped without labour and labour handicapped without capital. We must blunt informality by cutting regulatory cholesterol for enterprises. This, with civil service reform, will reduce transmission loss between how the law is written, interpreted, practiced and enforced.

It’s taken 72 years for India’s 1.3 billion Indians to produce the same GDP as 66 million Britishers. India’s underemployment is a child of farm employment (50% of our labour force only produces 15% of GDP). The only real, sustainable and scalable way to help farmers is to move them to non-farm jobs. This needs the reform of labour laws that will enable massive non-farm, formal, private job creation.

Inclusion as an anchor value

Credit expansion is important infrastructure for job creation but we must not repeat the mindless expansion of six years starting 2008 (credit went from ₹18 lakh crore to ₹54 lakh crore and consequently we are writing off ₹14 lakh crore). Prudence, inclusion and digitization must be anchor values and the strategy of the next decade of financial expansion for banking, NBFC, debt and equity markets.