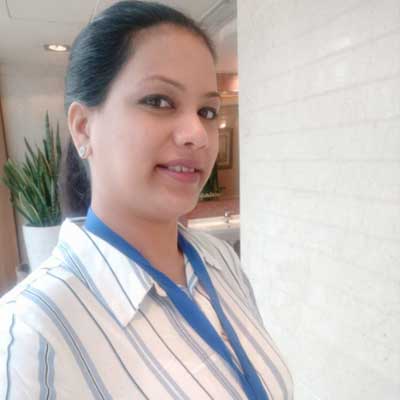 An Excerpt from kurukhetra battle:

When it was at its peak, Arjuna and Karna were fighting each other and both of them were famous for their exceptional skills. it was a battle to witness , a flurry of arrows were being exchanged and even the gods were witnessing this epic battle between the two warriors. Arjuna, the powerful warrior would shoot his arrows which is so intense that Karna’s Chariot would shaken and go back by 25-30 feet. People who witnessed this were amazed by the skills of Arjuna.In the other side,
Karna being competent enough, was shot arrows, Arjuna’s chariot would also shake and go back by three- four feet. Sri Krishana would applaud Karna every time his arrow hit Arjuna’s Chariot , in spite of applaud Arjuna’s skills. When the battle is over Arjuna asked Krishna: O’Lord, I have shot so well at Karna and his chariot is being displaced like a feather in the wind, but not once you appreciate me, Rather you would appreciate Karna’s skill despite his arrows just displacing my chariot a little. Krishna Smiled and replied, :” Arjuna, remember your chariot is protected by Hanuman on your flag at the top, you have me as a charioteer in the front and you have sheshnag at it’s wheels, yet the whole chariot would still away and get displaced whenever the valiant Karna hit us with his arrows. But Karna’s chariot is not protected by any such force. He is on his Own. Yet he fights valiantly.” It is said that after the battle of Kurukhetra was over, Krishna refused to get off the chariot till Arjuna got down. Once Krishna alighted from the chariot, it caught fire and was reduced to dust.

Now the question is why the chariot caught fire and was reduced to dust?

That’s because the Chariot was protected by the supreme power of Lord Krishna otherwise it was destroyed by Karna a long time before .

The moral of the story – Its not always what you achieve , because of your own effort but its an divine will. Similarly in your life, in your career , what you achieve is not because of all your effort but due to some external factor, people work along with you and an invisible power which add value to your effort. Never ever be arrogant to say that you yourself achieve a great height . Even though
the path is full of hurdles , it is divine intervention that has always protected you , cleared your path and given you right opportunities at right time. Always pay gratitude to all those who come across the platform and walk with you. Understand only monetary growth is not success. Success is what
you are today is better than yesterday in terms of living, wisdom, intellectual , happiness and positivity towards life. Success is hard work, perseverance, learning, studying, sacrifice and most of all love of what you are doing or learning to do. Always pay gratitude , who give you life, pay gratitude to the mentor who lead you for a purpose. Last but not least test your Knowledge, ability
and skill when no supreme power is with you.

One thought on “Whom you give credit on your success! | Ms Lopamudra Pattanaik | Head Strategies and Leadership | Navyug Namdhari Enterprises”