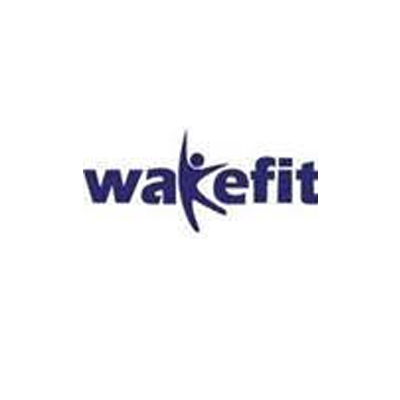 Wakefit.co, one of India’s largest D2C home and sleep solutions brands, launched its ‘Right to nap’ initiative to promote and normalize afternoon naps at work. In an official statement to its employees by Chaitanya Ramalingegowda, Director and Co-founder of Wakefit.co, the company announced 2:00 pm to 2:30 pm as the official nap hours, encouraging employees to take a well-deserved break amidst hectic work schedules. The email received an overwhelming response from Wakefit employees, who took to LinkedIn and other social media platforms to share their appreciation of the landmark policy.

An afternoon nap is instrumental in helping the body recharge and refocus on the task at hand, thus improving workplace productivity and motivation. Conversations around afternoon naps became predominant with the advent of work from home, and companies are slowly but steadily realizing its importance. Through this initiative, the company hopes to start a sleep revolution while also encouraging other companies to adopt the initiative.

Talking about the ‘Right to Nap’ initiative, Chaitanya Ramalingegowda Director & Co-Founder, Wakefit.co said, “Research shows that afternoon naps help with memory, concentration, creativity, and productivity. A NASA study reveals that a 26-minute catnap can enhance performance by 33%, while a Harvard study shows how naps prevent burnout. Keeping these in mind, we have decided to normalize afternoon naps at work & declare 2 to 2:30 pm as official nap time for all our employees. From now on, our employees will have the right to nap between 2 to 2:30 pm and their calendars will be blocked during this time as official nap time.”

He added, “Through this initiative, we aim to focus on our employees wellbeing, while also fostering a culture that strongly encourages self-care. We also urge other brands to join us in this effort to promote a healthy lifestyle for their employees”.

Wakefit.co has always believed in facilitating meaningful conversations around sleep and home health. This initiative is another step to foster a healthy work-life balance among the Indian workforce. Wakefit.co was founded with the vision to democratize sleep and home solutions in the country. The company has received INR 450 Cr in funding across Series A, B, and C from marquee investors such as Sequoia Capital India, Verlinvest, and SIG Group.

Wakefit.co is a research and innovation-driven sleep and home solutions company established in March 2016. It was founded by Ankit Garg and Chaitanya Ramalingegowda, with a vision to democratize sleep and home solutions in India. With a portfolio that previously included mattresses, pillows, bed frames, mattress protectors, comforters, neck pillows, and back cushions, Wakefit.co has now expanded to include home products such as study tables, bookshelves, shoe racks, TV units, bedside tables, coffee tables, dining tables, towels, and more. It manufactures its products in-house at factories in Bengaluru, Jodhpur, and Delhi. It sells across the country through its own online portal and through other online marketplaces. Wakefit.co prides itself on its customer experience, with over 8 Lakh customers serviced over six years. The company received Series A funding from marquee investor Sequoia Capital India, Series B funding from Verlinvest and Sequoia Capital India, and recently received Series C funding from US-based SIG, while existing investors, Verlinvest and Sequoia Capital India also participated.