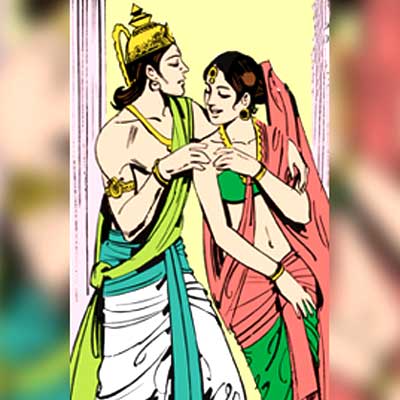 St. Valentine’s Day is an annual festival to celebrate romantic love, friendship and admiration. Every year on February 14, people celebrate this day by sending messages of love and affection to partners, family and friends. Couples send Valentine’s Day cards and flowers and spend special time together to honour their love for each other.

The Early History of Valentine’s Day

Valentine’s Day is named after Saint Valentine, a Catholic priest who lived in Rome in the 3rd Century. There are many stories about St.Valentine and over time these stories grew into the legend we know today.

At the time of Valentine’s life, many Romans were converting to Christianity, but the Emperor Claudius II was a pagan and created strict laws about what Christians were allowed to do. Claudius believed that Roman soldiers should be completely devoted to Rome and therefore passed a law preventing them from marrying. St. Valentine began to marry these soldiers in secret Christian ceremonies and this was the beginning of his reputation for believing in the importance of love.

Eventually, Valentine was jailed for his secret acts by Claudius. While in prison, Valentine cared for his fellow prisoners and also his jailor’s blind daughter. Legend has it that Valentine cured the girl’s blindness and that his final act before being executed was to write her a love message signed ‘from your Valentine’. Valentine was executed on 14 February in the year 270.

The practice of sending love messages developed into people sending special cards expressing their affection. These cards were beautiful creations handmade by the sender and individually designed to show how much they loved the recipient. Cards would usually contain sentimental verse, proclaiming the beauty of the receiver and how much they were loved.

Saint Valentine’s Day cards were decorated with pictures of cupid, hearts and flowers and trimmed with lace and ribbon. These images are still used today to symbolise love and are recognised all over the world.

What is Valentine’s Day in Contemporary Times?

While Valentine’s Day is celebrated in most countries, different cultures have developed their own traditions for this festival. In some parts of the world, Valentine’s Day is observed as a day for expressing love between family members and friends, rather than that of romantic couples. Some traditions include leaving lollies and gifts for children and others include acts of appreciation between friends. Valentine’s Day is most commonly associated with romantic love, with millions of Valentine’s Day cards being exchanged each year. Gifts of flowers or a single red rose are sent with romantic messages to loved ones and couples spend special time together.

Like other emotions, detailed so magnificently in our epics and purans, love is a celebrated, even a revered emotion. The love story of Shiva and Parvati is unique, where Parvati chooses Shiva as her husband, against her father Daksha’s wishes and leaves the palace for Kailash. On the other side the couple: Urmila and Lakshman whose overlooked love story is not of love but a story of sacrifice and separation; where the burden of duty and allegiance is not to oneself or the other but to their respective siblings. There are number of unusal love stories in Indian epics be it of Bhim and Hidimba, Arjun and Subhadra, Arjun and Draupadi, Pandu and Kunti, is a homage to it. Love is not selfish, it wins and often loses. However survives to tell us a beautiful and very unusual love story.

For Indians, the idea of Valentine’s day is also considered as a good chance to express all sorts of love; not just romantic love-whether it is for a dear friend, children, parent, siblings, teachers, or whoever. It is considered as an occasion to celebrate all beautiful human relationships.

So, let’s bring in the day of love with our loved ones and make it memorable for our lifetimes.