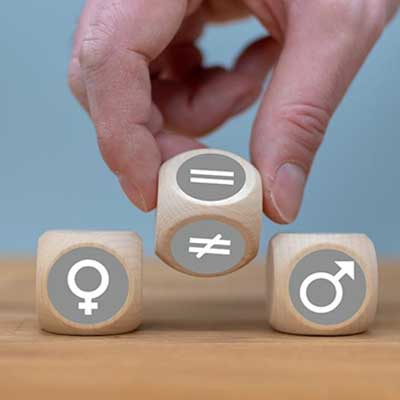 “Women belong in all places where decisions are being made. … It shouldn’t be that women are the exception.”  ~ Ruth Bader Ginsburg

An economically strong and independent woman, like any other individual, can contribute significantly to any household, state or nation financially and socially. The issues concerning equality of sexes isn’t a festive phenomenon, but a raging topic that needs to be highlighted as a matter of prime focus when it comes to issues such as GDP, parity index, and overall growth of the economy. As per research, women in India contribute 9.8 times the amount of labor in the unpaid sector, which if measured and valued could contribute 0.3 trillion dollars to India’s economy.

International Women’s Day is around in March and heated debates about women empowerment and equal rights have once again come to the fore, bringing out crude insights into the state of affairs in India. The second sex not only suffers socially and culturally but also suffers differentiation in terms of the pay gap and workforce participation.

India’s position on the world map

India ranks in the bottom 10 countries of the world when it comes to financial independence and economic opportunities for women.
A WEF report mentions:

• India ranked 108th out of the 149 countries in terms of economic participation.
• In terms of wage equality for similar work, it held the 72nd position
• And, 142nd position with respect to economic opportunity and participation sub-index.

The Gender pay gap refers to the difference in earnings between women and men in the paid employment and labor market. As per a recent Monster Salary Index report, women in India earn 19% less than their male counterparts.

The Index further segregated the stats as follows:

• The pay gap ceases to exist in the unskilled sector and widens with a higher skill level.
• It is 20% for women employed as the skilled labor force.
• The gap rises to a staggering 30% for highly skilled jobs.
• The gap widens further with an increase in experience and amounts to a 15% difference favoring men for jobs requiring 10 or more years of experience.

The Gender pay gap is as blatant as discrimination in the workplace. Another annual survey titled ‘Women of India Inc.’ came up with some key findings indicating how these gender gaps flowed to other areas in a woman’s professional life.

• 60% of women experienced discrimination at work.
• About one-third of the women surveyed felt that women weren’t easily considered for top management roles.
• Of the total men and women surveyed, 71% of the men and 66% of the women insisted on gender equality in workplaces.

The differences in pay are prevalent at different magnitudes across sectors:

• IT/ITES services at 24%
• Healthcare and Social Work at 21%
• Manufacturing at 24%
• Only Banking and Financial services showed the pay gap inequality at 2%.

Indian cultural construct places MAN at the apex of the hierarchy. Women are often required to request permission for their career choices from the male head of the family and often sacrifice their dreams to enact the childbearing responsibility. There are several notable barriers:

• A little closer look into the stats clearly reveal the lack of financial independence and credit facilities available to women entrepreneurs who want to make it big.
• There is a dearth in opportunities available to girls when it comes to education and career.
• Property norms further mar the growth prospects in the Indian case.
• 86% of the women cite safety as the foremost factor affecting their career choices, 51% considering night shifts as an unsuitable option.
• Male workers often become uneasy with female bosses owing to the patriarchal mindset.
• No proper provisions are there for maternity leave and motherhood.

Men, in traditional Indian society, are the breadwinners and women housekeepers and caretakers of the family. An average woman spends about two-thirds of her time on unpaid work while a man spends one-fourth his time in stark contrast. Breaking such gender stereotypes, women are attempting to live their dreams. Marriages often lead to compromises on part of the women and childbearing role of women gains prominence. Women often settle for low paying jobs to meet their familial responsibilities.

The Equal Remuneration Act of 1976 mentions the right to equal remuneration to men and women to prevent discrimination on the basis of gender. This act saves women from discrimination to some extent in the formal sectors but the majority of the women are employed as labors and workers in the informal sector such as agriculture and construction.

India has been a permanent member of the ILO governing body since 1922 which requires states to direct their national laws and policies towards guaranteeing equal Remuneration to all workers, regardless of gender.

Even the constitution through Article 39 envisages the right to equal pay for equal work for both men and women. But on the ground, the reality is far from equality.

Organizations and firms across India are integrating provisions to provide level grounds for the interplay of sexes in the workforce. Diversity & Inclusion is gaining ground in the Corporate agendas. Gender Parity in the workspace and minding the pay gaps can ensure long term sustainable growth for an organization and economic development of an economy. Financial inclusion and equal opportunities in work and education can tap the skills and potential of the female workforce resounding in social upliftment of the society as a whole.