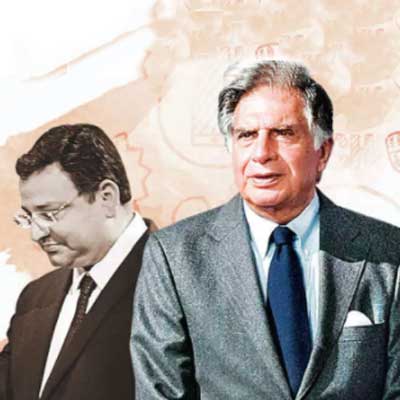 The Supreme Court Friday said Cyrus Mistry’s removal as executive chairman of Tata Group was justified as a “a person who tries to set his own house on fire for not getting what he perceives as legitimately due to him, does not deserve to continue as part of any decision making body”.

The top court said it is an irony that the very same person who represents shareholders owning just 18.37 per cent of the total paid up share capital in Tata Sons and yet identified as the successor to the empire, has chosen to accuse the very same Board, of conduct, “oppressive and unfairly prejudicial to the interests of the minorities”.

It said the conduct of Cyrus Mistry in leaking his mail dated October 25, 2016 to the media and sending replies to the Income Tax authorities enclosing four box files, even while continuing as a Director, justified his removal even from the Directorship of Tata Sons and other group companies.

Mistry had succeeded Ratan Tata as the chairman of TSPL in 2012, but was ousted four years later.

A bench of Chief Justice Bobde and Justices AS Bopanna and V Ramasubramanian, set aside the NCLAT order restoring Mistry as the executive chairman of the conglomerate saying that the appellate tribunal, despite being a final court of facts, did not deal with the allegations one by one nor did it render any opinion on the correctness or otherwise of the findings recorded by National Company Law Tribunal (NCLT).

“A person who tries to set his own house on fire for not getting what he perceives as legitimately due to him, does not deserve to continue as part of any decision making body (not just the Board of a company),” the bench said.

It is this realisation that made the SP Group of companies give up their original prayer for restraining the company (Tata Sons) from removing Mistry and “singing a different tune seeking proportionate representation on the Board”, it noted.

Dealing with the removal of Mistry from the post of Executive Chairman of Tata Sons, which acted as trigger point for over four year-long legal battle, the bench said he on the very next day on October 25, 2016 wrote a mail alleging total lack of corporate governance and failure on the part of the directors to discharge their fiduciary duties.

“He also called all the Trust nominee directors as postmen. Though the mail was labelled as ‘confidential’, a copy of the mail landed up with the media creating a sensation,” it said.

“NCLT recorded a finding that CPM (Cyrus Mistry) who owes a duty to explain this leakage of confidential mail could not provide a satisfactory answer and that therefore, by virtue of section 106 of the Evidence Act, the leakage has to be traced to him,” the bench said, adding that the National Company Law Appellate Tribunal (NCLAT) had not overruled this finding.

It must be remembered that despite there being no statutory or contractual obligation, Tata Sons inducted Mistry’s father as a director on the board in the year 1980, continued him for a period of almost 25 years and even he himself was inducted and within 6 years of such induction, he was identified as a successor to Ratan Tata and was appointed as elevated to the position of executive chairman, the bench noted.

“Therefore, the fact that the removal of Cyrus Mistry was only from the executive chairmanship and not the directorship of the company as on the date of filing of the petition and the fact that in law, even the removal from Directorship can never be held to be an oppressive or prejudicial conduct, was sufficient to throw the petition under section 241 out, especially since NCLAT chose not to interfere with the findings of fact on certain business decisions”, the bench said.

Dealing with the allegation of bad decisions taken during the period of more than 10 years immediately preceding removal of Mistry, the top court said that failed business decisions and the removal of a person from directorship can never be projected as acts oppressive or prejudicial to the interests of the minorities.

The top court allowed the all the 14 appeals filed by Tata Group against the NCLAT order and dismissed one appeal filed by Cyrus Investment Ltd seeking proportionate representation in the board of directors of Tata Sons.