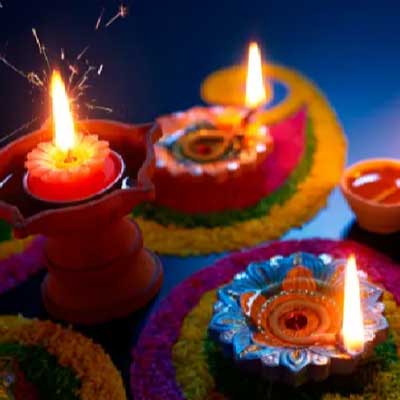 Diwali – the ‘Festival of Lights’ marks a new business year, the victory of good over evil, light over darkness and knowledge over ignorance. Diwali marks the biggest event in the religious calendars of India, and symbolises the return of Lord Rama from exile after defeating Ravana. Taking inspiration from the victory of Lord Rama, this great saga of Ramayana can teach us some valuable insights into leadership. So, here are 4 key leadership lessons to learn from Diwali and Ramayana:

1. A Leader articulates a clear Vision –
The mission of the army led by Lord Rama had a clear vision to rescue his wife Sita from the clutches of the Lanka king, Ravana. This clarity of thought strengthened the army to give their best to win the battle. Today, in a highly competitive business environment, organisations too require a leader to articulate the organization goals to his or her team effectively, so that they know what part of the bigger picture they are contributing to. This, in turn, unleashes the best in every team member to work towards a common goal.

2. A Leader creates more Leaders –
Rama was a true leader who believed in his army’s strength and hence empowered them to meet the end objective. Lord Rama identified the leadership qualities of Sugriva and Vibheeshana and helped them establish their own kingdoms. Similarly, organisational leaders must believe in their team and create and inspire effective potential leaders for the future.

3. A Leader is full of Integrity and follows Ethics-
Lord Rama was a humble man. In fact, Rama declared his dedication to Dharma when he offered Ravana a final chance to make peace on the battleground. When Ravana walked to the battlefield on the first day due to inadequate preparations, Rama being a leader of ethics followed the code of chivalry during the war and ensured that an unarmed enemy should not be attacked. A good work ethic is any leader’s most outstanding virtue which demonstrates the right way to approach any circumstances in business.

4. A Leader is always learning New Things –
Rama kept himself under the guidance of the learned sages, and frequently learned much about the nature of life. Significantly, he also learnt advanced techniques of archery and other techniques of warfare, which served him well during his battle with Ravana. A leader never stops learning. Also, leaders, today need to understand that a leader who shares responsibility with his team is the key to an engaged workforce. Employees want a leader who stands next to them rather than the one who dictates.

Ramayana has several lessons on Dharma, i.e. how we should lead our lives. This is applicable across all areas of life including the workplace. Diwali is not just about making Rangoli or exchanging gifts at the workplace but a reminder of how organisations can learn and adopt leadership skills to build a strong workplace.

So, let’s light up the spirit of leadership this Diwali.

Wishing all the readers a SPARKLING DIWALI!