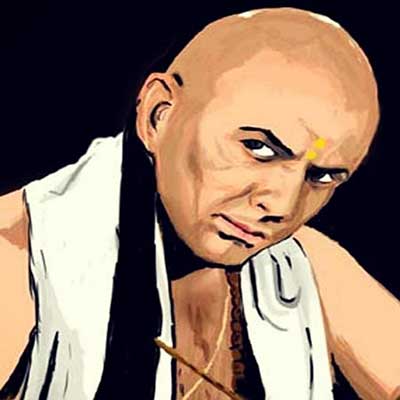 Back in 4th century B.C., a philosopher-statesman Chanakya , a.k.a Kautilya wrote the first few principles of administrative management. Widely regarded as India’s first economist, his management theories have guided royalty from time immemorial. Kautilya documented his life’s labour in the Arthashastra , a list of principles that would ensure sound governance. The book is known more for its contents on economy and polity, but also contains advice on financial management and administration. While a lot of his management principles have been subject to extensive study, his leadership lessons are more than relevant in today’s society.

1. Learn from the mistakes of others. You cannot live long enough to make them all yourselves.

2. Even if a snake is not poisonous, it should pretend to be venomous –

Here is a small story to illustrate the lesson. Once there was a snake. The snake was bad, as it used to bite almost everyone coming in its way. The village children and villagers were very afraid of going out in the dark. Once a saint was passing by that village &amp; saw that the bad snake was almost about to bite a child. The saint raised his voice at the snake &amp; warned that should he not leave this nature of his; he shall be cursed forever. The snake promised
that from then onwards it shall not bite anyone.

Time passed. After a few months, when the same saint passed by the same village; he saw the village kids playing with the same snake. He saw that the village boys had almost beaten the snake into pulp. The snake looked at the saint with blaming eyes &amp; explained to him that it is because of that promise only that he was in such a state. The saint told the snake – ‘I had told you not to bite. I had not stopped you from pretending to be venomous / showing your fangs’.

It is important that in the present day’s world order- you keep some nuisance value, else even children might stampede your feelings. You must not be vulnerable and very much malleable and ductile so that anyone can get away by hurting/harming you. Your truth should be known only to you. Make your fangs visible to the world. They need not know whether you have poison in them.

This is the beauty of Arthashastra! The management lessons from Chanakya Neeti are  realistic. They equip you with basic survival skills, which one can easily implement in one’s daily life.
3. A person should not be too honest. Straight trees are cut first &amp; honest people are taken advantage of first.

4. As soon as fear approaches near, attack &amp; destroy it.
5. Even from poison, extract nectar, wash and take back gold if it has fallen in filth, obtain highest knowledge from a low born person.

An egoist loves to be respected, a mad man loves to act crazy and a wise man realizes truth to be the most important thing. An egoist will never understand your point of view because his ego is his highest prerogative. You can win him over only by scaling down your ego and trying to respect him for a change. Ego clashes will take you nowhere in life.

As far as a mad man is concerned, insanity in life is his way of doing things. He is tame when he is with insane people or behaving crazy. So give him the freedom to be himself if you want to win him over.

And, a wise person is wise. He understands the value and importance of truth. Give him truth and he is yours to work with. Try doing anything else with any of the above three; you’ll only end up burning your fingers/ egos &amp; more importantly time.

The simple lesson here is – let people be, the way they are. If you try to change them so that you can be with them, you will soon face retaliation. It won’t work out the way you want.

In my own experience, I have learned this the hard way that people don’t change just because you think they should. They only change when there is no other option.

7. Before you start some work, always ask yourself 3 questions – why I am doing this, what the result might be will I be successful. Only when you think deeply and find suitable answers to these questions, go ahead –

‘Mis -directed Impetuosity’ is the result of the world becoming more connected; especially in the last few years. I see people especially the youth taking very fast decisions at times. This is either because they are trying to impress a few around or want to prove a point too quick in life. This might jeopardize many a thing in the prime youth of their life. It is important to reflect on the above three questions &amp; only then move ahead.

8. The world’s biggest power is youth and the beauty of a women.

9. People who work sincerely are the happiest –

Most people fail – because they just do not carry on.   Lots of people make a New Year Resolution to lose weight each year – some buy a Tread Mill; but ironically almost all of these running machines get used for drying their children’s clothes on a rainy day outside ; quite a few join Gymnasiums – pay hefty monies – then do not go to exercise. Similarly,  many make resolutions about health, work, relationships, eating habits &amp; then renege.

We just fail to carry on. The tenacity goes missing after a few days only. People who do well have the words – ‘Lage Raho’; as the screensaver of their minds after making resolutions. Paint boldly a life which has the colors of your choice. Express your heart on the canvass of your life. The masterpiece gets created by lots of regular &amp; disciplined practice.

10. A man is born and dies alone. He experiences the good and bad consequences of his own KARMA.