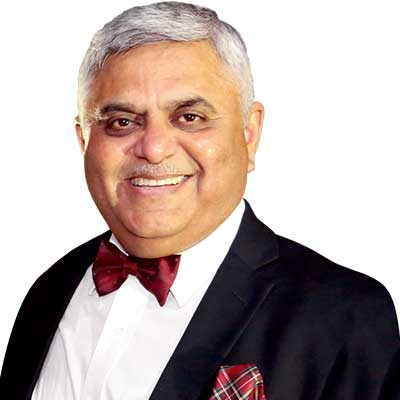 While the fundamental aim of education is to enlighten a human, it is indispensable in its impact on social, financial and almost all other aspects of one’s life. As such the structure, nature and outcome of our education system becomes paramount. Nowhere is the influence more impactful than at the tertiary level of education. While primary education focuses more on the individual and basics of different subjects, it is higher education where specialization in each subject and its deep, intricate and applicable aspects are brought in. With a focus on specific elements of a sector, it focuses on training an individual in his or her respective field, which is eventually beneficial for society when the individual enters the workforce or when he or she interacts in society in one form or another.

Hence the quality of higher education determines the economic as well as the social capital of a society. For example, a region with world-class engineering institutes is set to make technological or industrial advancements. In the similar vein, societies which invest in humanities can expect proliferation of its intelligentsia.

The world we live in has changed at a pace, not witnessed in history. The advancements in technology and knowledge in the last century have outpaced that of any previous era. In such a context if our higher education which directly impacts our socio-economic setup is not in sync with changing patterns and structures of the world, it can be a hurdle to our progress rather than being a driving force.

To understand the aforementioned point, we just have to look at technological advancements and the higher education system. While the technological advancements were the outcome of high-quality education in the first place, if we for example do not change our educational structure and establish it as per the technological framework established in the world, the outcome will be a lost product. If the products of universities are not compatible with the
technology necessary in the advanced world, we are just producing brains with more information- the alternative to which is the google search engine!

The technological aspect is just one example. Our world is changing in many other ways, be it globalization which has made the earth a global village, or new ideas and thoughts which govern our political and social structures. The ideas which govern our political, judicial, and administrative systems have changed a lot in the last century. In those domains too, if our higher education remains stagnant and devoid of change the aforesaid structures will not experience necessary changes. It is the constant upgrade in higher education that has propelled the studies in new fields of life, that has discovered new subjects and invented new branches of studies.

The changing times should not force the higher education system to alter its working system, but it should be the other way around. This has been the case as far as advancements humans have made in recent times. If we look at history, the industrial revolution in medieval Europe, which completely changed the world as it was, was preceded by the scientific revolution and enlightenment which flooded the world with new scientific, social, political, and financial ideas.

The best way to balance it out is to constantly keep upgrading our educational institutes. These institutes form the basic units of our entire educational system. To make this upgrade consistent and convenient, these institutes need to be given significant independence at some level, while also maintaining the necessary synergy with the national educational policy. This would mean, that while all institutes in the country are bound by a certain framework, they at the same time have the liberty to experiment, indulge with and endeavour with new ideas. The educational institutes at their level can for example introduce new courses or indulge in new research projects.

For the world to advance even further in many and every sector of life, we need our higher education system to be as advanced as possible, so that it brings forward new ideas in technology, economics, politics, law, and all other sectors and drives it to new advancements.