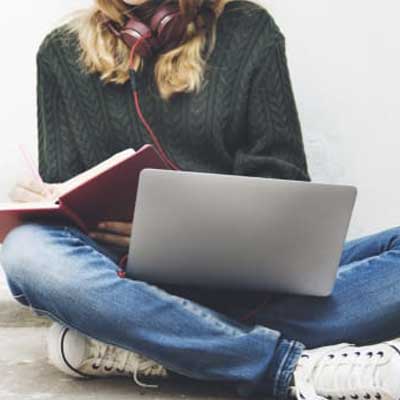 Digital platforms, since their initial application within recruitment, have provided newer, more effective ways of enabling companies to hire people with the right skills and expertise. But as the digital economy grows, it allows more people to work remotely and choose flexible work options; leading many to pay more attention to creating a holistic balance between work and life. Many have today begun utilizing this to gain larger control over their employability. The growth of the gig economy has therefore been an expected shift within the larger labor market trend greatly influenced by digital technologies.

In the case of India, gig work remains in its infancy stages. But signs of its growing demand are already visible. Many startups that have gone onto achieve unicorn status in the country today greatly depend on the gig economy. But although there is a growth in the number of people becoming part of the gig economy today, there remain structural impediments towards the gig economy becoming a viable option for both employers and those willing to work on a more gig-based form of employment. Chief among these factors today is the skills gap that impacts the economy. A large part of such gig work to end up getting employed in lower-skilled jobs as the access to proper skilling programs remains limited. And this isn’t just the case with a developing country like India.

Owing to a highly digitalized way of living and with the usage of digital systems reaching mature levels in developed countries, economies like the USA today sees a large percentage of its working population shifting from tradition full-time employment to a more gig-based style of working. One study estimates that more than a third of the workforce — 55 million Americans — are currently working as freelancers. The nature of contractual work, often limited to mostly blue-collar professions, is slowly breaking into other areas as well; with portfolios such as consultants, web designers, coders, etc. all coming into the ambit of gig work.

It’s no surprise that companies like Amazon and others with similar business models rely heavily on gig workers to remain functional. Companies like Airbnb, Uber, and Upwork, have become gig economy platforms where freelance workers now have access to larger, more transparent forums to directly interact with the consumer (the buyer of their services). The varied nature of their employment of contractual or gig workers reflects the diverse nature of the gig economy today. The nature of work increasingly becoming more tech-driven has meant that even gig workers require better skills to perform and earn better. And this is driving companies like Amazon to train more of its employees.

Amazon, for example, has already pitched a skills upgradation program for its over a third of its employees across the US over the next six years. The company announced recently that it’ll invest over 700 million over the stipulated period to provide training opportunities in digital and technical skills. This move came in the wake of multiple labor allegations against the company which also led to Amazon raising the minimum wages. That aside, the move shows how private companies need to play a larger role in corporate skilling to ensure gig workers can remain employable and contribute to other technical and non-technical portfolios.

In India, a similar model has been exhibited to a certain extent by companies like Zomato and BigBasket, who begun ramping up their programs to train their employees, all with a larger focus on soft skills. According to an ET report, new-age internet companies across the e-commerce, food-tech, and fintech sectors are increasingly using soft-skill providers to train their workforce. With a major part of the workforce in such companies stemming from the gig economy, such a move helps build valuable future-looking skills while also improving employer brand. The overall on-demand industry accounts for more than 1.4 million jobs in India, including delivery staff, drivers, beauticians and maintenance workers, according to BetterPlace, a platform for blue-collar workers. Having better trained in soft skills provides companies with the opportunity better value for their customers, an often vital component for businesses. Human resources firm TeamLease estimated in a report that over 13 lakh Indians joined the gig economy in the last half of 2018-19, registering a 30 growth compared to the first half of the fiscal year.

Although a growing gig economy end ups creating more jobs, they remain ineffective in enabling many access formal pay and benefits. With the nature of gig work automatically favouring those with relevant skills over those who don’t can often end up splitting the jobs market into niche areas where freelance can earn and contribute organizational growth and other areas where gig workers often end up working more than 12 hours of work daily while having still being bogged down by contractual hindrances and low pay. Having access to skilling opportunities, both public endeavors, and private initiatives, can greatly help improve the state of the gig economy in India.