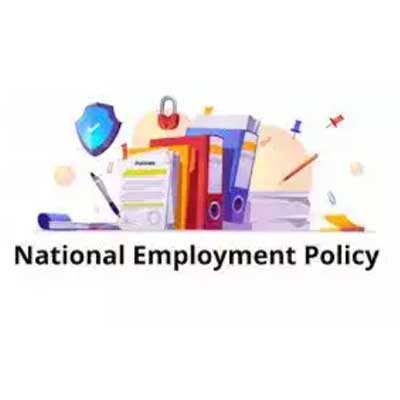 The government will soon set up a committee to frame India’s first National Employment Policy with an aim to significantly push up employment generation in the country.

Work has begun to identify the members of the committee that is expected to have representatives from stakeholder ministries, academia, experts and representatives of employers and trade unions, a senior government official told ET.

“The new committee will be notified soon. We hope to put in place the first draft by next fiscal,” the official said, adding that the policy will be based on the data that emerges from employment surveys currently under way.

The policy is expected to take into account the jobs estimated to be created under the production-linked incentive (PLI) scheme across a dozen sectors besides the rising number of gig workforce and platform workers in the country.

Last year, a group of ministers led by then social justice & empowerment minister Thawar Chand Gehlot, had suggested that the National Employment Policy should lay out a sectoral roadmap with incentives for employment generation.

According to the official, the policy will have twin objectives of creating an enabling environment for attracting new enterprises and industries to generate employment opportunities while improving the skill sets of the existing workforce to make it employable and competent enough to match global standards with special emphasis on increasing the headcount of female workforce.

The renewed focus on the country’s first National Employment Policy came after the Covid-19 pandemic took away millions of jobs, raising the overall unemployment rate to alarming levels.

Even after 19 months since the pandemic first hit India in March 2020, the country’s overall employment is lower than pre-pandemic levels while at least five million youths are added to the country’s 450-million workforce every year.

The proposal to bring in a dedicated National Employment Policy was first mooted in 2008. An inter-ministerial group during the United Progressive Alliance regime had examined the proposal but nothing concrete emerged.