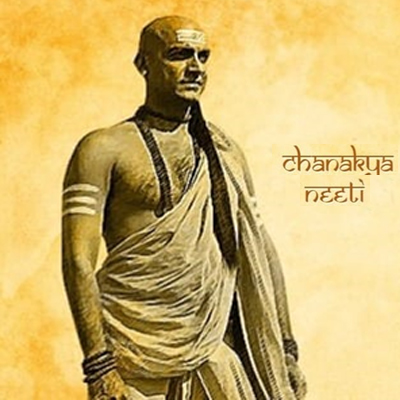 Around 2300 years ago (370 BC-283 BC)), a Brahmin man walked amongst the now ruined city of Takshashila of ancient India (now in Pakistan). He taught at the greatest university of this region (possible the entire world at that time) and was single handedly responsible for changing the course of history for the sub-continent. That great man was Chanakya , a man who took head on and diffused the threat of Alexander the Great’s ever growing ambitions to conquer India. He envisioned a unified India or ‘Akhanda Bharat’ at a time India was divided into several kingdoms known as ‘Aryavrat’ and most of them were at war with each other, thus weakening their power & could be easily conquered.

The manifestation of his vision was Emperor Chandragupta Maurya, the first person to rule over an empire which stretched across India and into parts of Afghanistan and Persia (Iran). But Chandragupta could do that due to the vision and tutelage of Chanakya who was his teacher and mentor.

Chanakya, also known at times as Kautilya, wrote one of the earliest books on the subject of Governance called ‘Arthashastra’. It outlines the details of the duties of a king and the means by which he can maintain the balance between power and keeping his subjects happy and prosperous. His vision and thoughts were so ahead of time that it is relevant even to this day and Arthasastra can be considered as a holy book any management professional (students & practitioners both) must read.

4 Key Messages from Chanakya Niti – These are applicable to modern day leaders & organisations.

Chanakya quotes- “When in the court, he shall never cause his petitioners to wait at the door, for when a king makes himself inaccessible to his people and entrusts his work to his immediate officers, he may be sure to engender confusion in business, and to cause thereby public disaffection, and himself a prey to his enemies.”
In most organizations, leaders get caught in the entrapments of their titles and entitlements. The higher they are in the organization, the less accessible they become to the very people who at the end of the day are responsible for delivering results.

According to Chanakya, Leaders need to understand that sending people to a communication skills workshop does not improve communication in the organization. Communication improves when the channels of communication are kept open both vertically and horizontally. When leaders are willing to answer people’s queries and take the time to explain the deliverables – that’s when people learn the value of good communication and practice it themselves.

Chanakya quotes- “All urgent calls he shall hear at once, but never put off; for when postponed, they will prove too hard or impossible to accomplish”.

1. A lack of empowerment across levels is one reason why all decisions seem to get passed up the hierarchy which results in a bottleneck.

2. Processes are at times followed more in letter than spirit.

3. Decision making is centralized or rather in the custody of key personnel in the organization and these people are always busy.

Chanakya says a good leader should never postpone decisions and should make swift and effective decisions.

3. Addressing the Needs of the Organization and Keeping employees Happy

According to Chanakya, a good leader realizes that his/her whims and preferences come secondary to the real needs and issues of the organization. He should give due consideration to the needs of his employees and keep them happy. An Organization with happy employees usually leads to happy customers.

According to Chanakya, holding people accountable for their results is one of the most important tools of a leader. Unfortunately, in today’s corporate world, we see time and time again through many instances that performance becomes punishing and non-performance becomes rewarding. Those who perform well are burdened with more and more responsibility and by contrast those whose performance is not up to the mark seem to get away with minimal work – simply because we do not trust them enough with the responsibility. But what it does is create bitterness in the high performers, as they see themselves being burdened with more and more work while the non-performer seems to be slacking off. Chanakya tells us to reward the high performers and give due punishment to the under performers.
The modern day kings and queens do not reside in palaces but are found in boardrooms across the globe and just as the words of this ancient wisdom of Chanakya were relevant thousands of years ago, they still hold true in this present day and age.