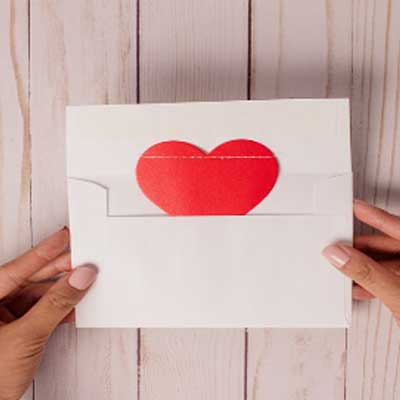 Business people spend majority of their waking hours at work. So, it’s not surprising when romance is sparked at the office. Sometimes the couple does a good job of keeping the relationship low-key; but other times, sparks of another type can fly if the romance hits a rocky point or if it starts to affect work performance. It may become necessary for management to intervene in order to prevent widespread damage.

Office relationships can take several forms, and each has different implications for the company as a whole.

Take the case of an extramarital affair. It doesn’t matter if one or both is married, but assume the relationship is consensual.

Nutan is a vice president of sales with the company, and she has been involved with Karan, who is a sales representative working on her team. They tried to keep the affair secret, but rumors have started to fly. Some sales representatives on Nutan’s team have suggested that Karan is getting preferential treatment from Nutan. Others have implied that Karan is not pulling his weight on the team, yet he is in line for a promotion.

Because the relationship is affecting others in the company, it’s time to step in. The boss should confront Nutan first, because she holds the senior position. If the two are peers, the boss should talk to them together.

This is not to imply that only Nutan is to blame; but as a supervisor in the company, she has more potential to have a negative impact on others, especially those under her management.

Before the confrontation, assemble all your facts. You should be able to cite specific ways in which the affair has affected performance; don’t just repeat rumors. Sometimes an affair between a boss and a subordinate leads to favoritism. But, often just as damaging, the perception of preferential treatment can hurt the morale of the team.

Make it clear that if performance between the two or those under Nutan’s supervision continues to slip because of the affair, someone may be terminated. In a case where extreme damage already has been done, termination may be your only choice. If, for example, Nutan had overlooked Karan’s mistakes on an account because of their relationship, which in turn cost the company a customer, it may be too late to repair the damage. During your meeting with one or both parties, discuss only the specific work performance issues — you should not make any judgments about the relationship.

If romance blossoms between two single people in the office, it tends not to have as broad an impact as a hidden affair. But that’s just a sweeping generalization. There still can be challenges. For example, Mamta and Ajay meet at work, start dating and enter into a serious relationship. If they work in the same department, or one is the other’s superior, you can have the same accusations of favoritism as discussed before.

In this litigious society, some companies are instituting what’s known as a “consensual relationship agreement.” This is signed by both parties and put on file to show that both entered into the relationship willingly. The signed agreement can protect the individuals and the company from later charges of harassing activity.

If Ajay and Mamta decide to get married, the company may face another dilemma. If the company has a policy against nepotism, one of the two may have to find another job. If a reporting relationship is involved, the company may choose to transfer either Mamta or Ajay to another department. The company’s role is to make the policies clear to all employees so there is no surprise when a decision must be made. That is to say, you need a written policy in effect long before you ever need to implement it.

Regardless of the type of romance, there cannot be inappropriate behavior in the workplace. This is especially true if one employee is making unwanted advances on another. Sexual harassment is a serious issue, and one that must be dealt with using a pre- established policy. It is the company’s responsibility to educate employees on whom to notify in the event of harassment. If an employee makes a claim of sexual harassment, you’re required to conduct a full investigation.

It’s the company’s responsibility to create a corporate culture free of harassment and free of awkward situations that can arise from office romance. You can’t afford to get a reputation as a company that tolerates inappropriate behavior in the workplace.